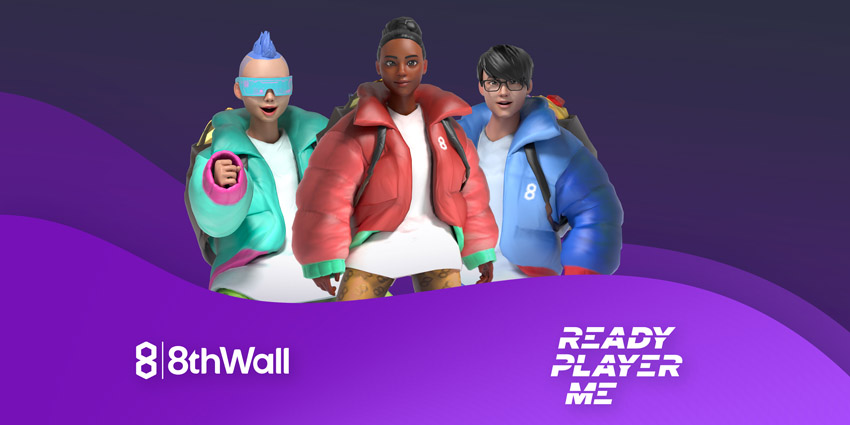 The new integration features will allow users to deploy their tailored avatars across virtual and augmented reality (VR/AR), as well as web-based 3D platforms across mobiles and PCs.

Ready Player Me’s custom avatars allow users to interact in virtual spaces across the Metaverse with their own individual style and non-fungible tokens for virtual clothing, branding, and other features.

The partnership will provide users with WebAR experiences via 8th Wall’s Project Library, which has rapidly expanded over the last few months.

Partnership for the Future of Avatar Development

People can pilot their avatars using 8th Wall’s Face Effects feature, using front-facing cameras on smartphones and PCs, to join a growing list of Metaverse platforms and apps. They can also superimpose their creations in real-world environments with rear-facing cameras with Android and iOS smartphones.

Developers can also build WebAR creations in one go and integrate final projects across all devices, dramatically cutting development time and boosting reach for experiences.

Those interested in developing their own experiences can access Ready Player Me’s sample project at 8th Wall’s Project Library as well as play Summit Scramble, a cross-platform, multiplayer gaming experience for Meta’s Quest and Microsoft’s HoloLens product lineup of headsets.

Timmu Tõke, Co-Founder and Chief Executive of Ready Player Me, said in a statement,

“We are excited to continue our collaboration with 8th Wall. Their tools make it easy for WebAR developers to turn their ideas into reality and share them with the world. We can’t wait to see how 8th Wall’s developer community utilizes Ready Player Me avatars in their experiences”

Erik Murphy-Chutorian, Chief Executive and Founder of 8th Wall, explained that he was “extremely excited” to collaborate with Ready Player Me to develop new avatar platforms, adding,

“Avatars play a critical role in our digital identity and giving users the ability to create, customize and engage their avatar in 8th Wall powered projects will make these experiences even more personal and meaningful”

The comments come after Ready Play Me entered a partnership with WebAR firm Aircards, Yahoo Creative Studios, and Ringtail Studios, to promote the release of sci-fi hit movie Dune last year, allowing fans to create their own bespoke avatars with fancy dress items from the fictional Arrakis planet.

Avatars have become a key component of the Metaverse across several of the industry’s top tech firms, including Meta Platforms Horizons suite of XR apps, Microsoft Mesh, NVIDIA’s Omniverse, AltspaceVR, Glue, MeetinVR, ENGAGE, and many other platforms.

Avatars, a digital representation of individual users interacting with the spatial communications platform, offer massive benefits to the growing XR industry for content creators generating fresh revenue streams with NFTs as well as tools brands can employ to interface with consumers.