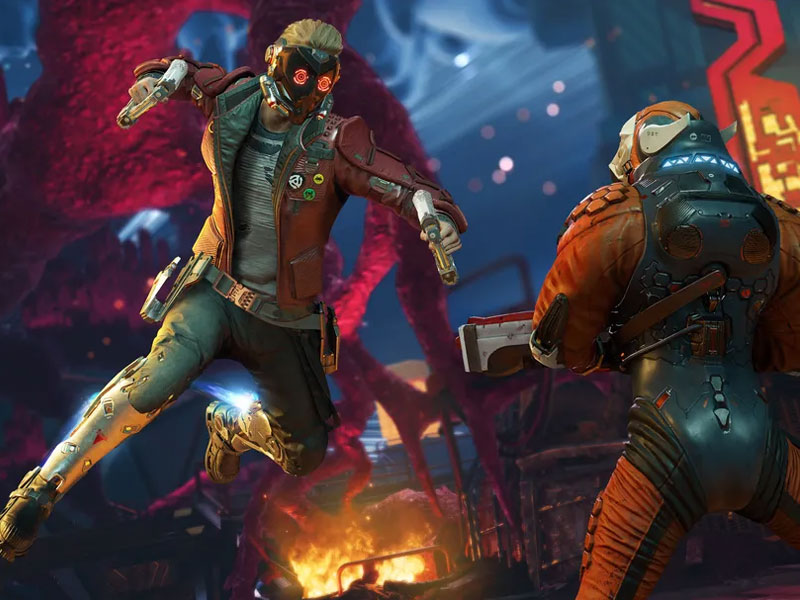 With each year that inclusive gaming becomes a stronger focus for studios, we see incredible and creative innovations that push what’s possible in accessible gaming. While 2021 got off to a lackluster start in this regard, the industry more than made up for that disappointment with a swath of accessible releases as the year progressed. The following seven games helped set a new standard in accessible gaming.

We’ve seen countless indie games implement various accessibility features over the last few years. With Horror Tales: The Wine, developer Carlos Coronado built on his already great record with accessibility features, going so far as to mention them in the game’s official description on storefronts.

Where this game excels is in visibility upgrades. The game features several text-size choices, eight visual styles for subtitles (with examples of each shown in the menu), and, my personal favorite, numerous styles for both object outlines and crosshairs. These styles range from the standard simple line or crosshair dot, to bold, thick lines. Horror Tales: The Wine is a true rarity in being a horror game designed with visual accessibility in mind.

Insomniac is no stranger to making accessible games — Marvel’s Spider-Man and Spider-Man: Miles Morales were both leaders in accessibility at the time of their respective releases, with features like customizable subtitle text size, contrast options, high visibility Spider-Sense, and full controller remapping. This year, Insomniac pushed the envelope even further with Ratchet and Clank: Rift Apart, making it one of the most accessible releases of 2021.

Ratchet and Clank introduced some incredibly beneficial options: High-contrast mode (similar to that of Spider-Man: Miles Morales) and simplified controls allow the game to be played entirely with the D-pad, face buttons, and R2. Rift Apart also implements a “simplified traversal” feature that binds all traversal to the circle button. Rift Apart’s standout feature, however, is game speed, which allows players to essentially play in slow motion, giving them more time to react and make decisions in combat and during world exploration.

THE VALE: SHADOW OF THE CROWN

The Vale: Shadow of the Crown is a new take on the audio-game RPG genre, and it aims for AAA production values in its sound design and voice acting. Designed to be fully playable — and even more than that, enjoyable — for blind players, The Vale relies entirely on two senses: hearing and touch. To play successfully, players must listen for the subtlest of sound cues, which telegraph how an enemy is about to attack them. World traversal also relies on sound alone: The only way for players to tell they’ve gone the wrong way and need to redirect themselves is to listen for the heroine’s nuanced comments. While these are common principles in audio games, The Vale developer Falling Squirrel succeeded in bringing them to a wider audience. (The game received a nomination for Innovation in Accessibility at The Game Awards this year.)

Audio-only experiences can prove challenging for some sighted gamers due to lack of visual anchors, but The Vale implements tiny light orbs floating around the screen. These tell sighted players if they’re indoors or out, and whether it’s night or day. While the story is just as gripping and challenging as any RPG, The Vale is particularly challenging in how it flips the script on sighted players, removing sight from the equation, and thus, the chief sense many of us have relied on to be “good” at games. The result is a brilliant RPG for modern consoles that also happens to be fully playable for blind people.

Chicory: A Colorful Tale revolves around painting a world that’s been stripped of its color. And while this may sound inaccessible to colorblind players, developer Greg Lobanov designed Chicory to be as inclusive as possible. It features a robust set of standard accessibility features — including text legibility and text effect options — but it also introduced some new accessibility considerations.

The eye-strain settings make the stark white world in its uncolored state much more bearable, and the painting mechanic is bound to both the PlayStation 5’s DualSense touchpad and right stick, making painting far more accessible than it would be with a solely touchpad-based mechanic. Chicory also features numerous difficulty, cognitive, and emotional accessibility options. Players can toggle the option to skip boss fights, determine how many hits the character can take, and toggle content warnings when topics like depression are approaching in the narrative. The content warnings were inspired by the work done on Ikenfell, a great example of how developers are learning from and building upon each other’s accessibility successes.

By combining these options with new features like volume and brightness warnings, configurable text presentation, hold and tap toggles, and an indication when players are making a narrative-changing choice, Square Enix delivered the most accessible Life is Strange game yet.

Forza Horizon 5 comprises a visually stunning world that’s also a thrill for many players to explore. But with its newest release, Playground Games also delivered the most inclusive and accessible game in the open-world racing series thus far.

Aside from allowing players to create avatars with prosthetic limbs, Forza Horizon 5 also boasts features like configurable game speed for offline play, braking and steering assists, and multiple subtitle options. Crucially, Forza Horizon 5 also allows players to progress through the story even if they fail at the frequently difficult story-based challenges. With these additions, Forza Horizon 5 is the first Horizon game where many disabled players are able to compete head-to-head with their non-disabled peers.

MARVEL’S GUARDIANS OF THE GALAXY

Marvel’s Guardians of the Galaxy was the surprise feel-good game of the year. Yes, the narrative is light, funny, and well written — but the game’s accessibility allows many disabled players to feel good while playing it. Guardians of the Galaxy, in some instances, embraced inclusive design over what can often feel like the Band-Aid version of accessibility settings. Chief among them is the fact that Star Lord’s visor mode doubles as high-contrast mode, improving visual accessibility in a foundational, rather than additive, way.

Guardians of the Galaxy is also the first modern game to feature closed captions matching the quality of those found in movies and TV shows. Players who are deaf or hard of hearing can be more immersed in the game world with “overheard subtitles,” resizable subtitles, and closed captions. The game also features cognitive accessibility options, such as the sound focus mode, which lessens all nonessential sounds. It also allows players to extend the objective-reminder timer and keep the objective visible for longer. Guardians of the Galaxy set a new bar in the industry for deaf and hard of hearing accessibility and showed what’s possible with inclusive design ideas applied to video games.