10 Video Games So Good They Ruined Their Franchise 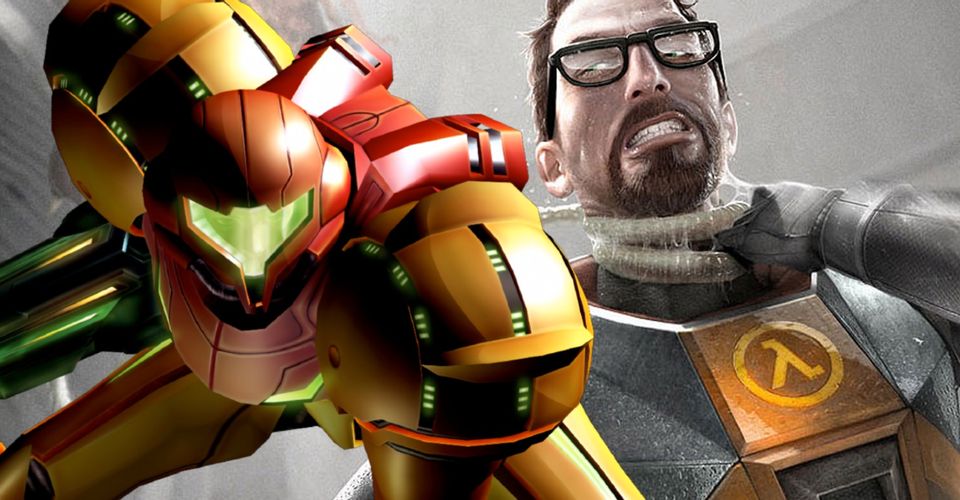 Every now and then, a truly impressive and instantly legendary video game comes along and changes the medium forever. However, an unfortunate side-effect of these games' top-tier quality is that they all but doom their own series.

Whether it's because of the impossibly high expectations that they set or because of how innovative they were, these games arguably drove their respective franchises into a corner from which they were never able to escape.

10Assassin's Creed II Was As High As The Series Could Get

Assassin's Creed II was the perfect kind of sequel. Aside from expanding gameplay and scope, it took the creative risk of switching to a new setting and starring a new protagonist in the fan-favorite Ezio Auditore da Firenze. These paid off beautifully, as the game launched its own trilogy and remains one of the series' highest-rated entries.

Because of how good Assassin's Creed II was, Ubisoft believed that the only way to top it was to keep adding more stuff. This didn't work out as intended, as future Assassin's Creed titles were criticized for having too much of everything. As a result, one of gaming's premier series devolved into yet another annual release that suffered a gradual decline in quality.

Given how intrusive and ubiquitous crafting systems, open-world sandboxes, and more are in Ubisoft titles, it may be hard to remember a time when such gaming features were exciting and novel. All of these could be traced back to Far Cry 3, the once B-tier series' ambitious reboot and revival that launched it into triple-A status.

Far Cry 3 was the perfect storm of innovations, with the inclusion of a charismatic and sociopathic villain (namely Vaas Montenegro) being the most iconic. Ubisoft knew it struck gold, and it desperately tried to recreate this magic by applying the formula to literally every game it made afterward. Unfortunately, this backfired and led to stagnation.

As far back as the 2000s, Call Of Duty's original developers at Infinity Ward knew that World War II as a setting was getting passé. To avoid repetition, the team rebooted their signature military shooter franchise to the modern day with Modern Warfare. The fourth title was a groundbreaking hit, but it also trapped the series in a loop.

In terms of gameplay, Modern Warfare's successors struggled to match its simple-but-effective basics and beloved multiplayer modes. In terms of narrative and characters, the next Call Of Duty installments either tried and failed to recreate Modern Warfare's most shocking moments, or they missed its warnings of modern combat's horrors entirely.

7Final Fantasy VII Is Too Legendary To Overcome

Despite being an anthological series that has been going strong since 1987, Final Fantasy is arguably only truly remembered for its iconic seventh installment. Final Fantasy VII is easily the long-running franchise's most recognizable entry, so much so that characters like Cloud Strife and Sephiroth have gone on to represent the franchise as a whole.

RELATED: All Mainline Final Fantasy Games Ranked (According To Metacritic)

Because of how perfect its mix of everything from gameplay, characters, music, and more was, Final Fantasy VII became a gaming landmark that the mainline series and countless JRPG imitators struggled to replicate. Even Final Fantasy VII Remake was caught in this inescapable shadow, as it's constantly compared to its unforgettable original.

6Castlevania: Symphony Of The Night Continues To Overshadow The Entire Franchise

As far as some fans are concerned, Symphony Of The Night is the only Castlevania game that matters. This is impressive since not only is it the thirteenth installment in the long-running series, but it actually flopped on release in 1997. Time has been incredibly kind to the sequel, as it's since been regarded as one of the best and most important games ever made.

This legendary game is also regarded as a co-pioneer of the "Metroidvania" subgenre, and it set this niche's standards so high that any game that followed (especially Castlevania games) failed by virtue of not reaching these heights. Some sequels like Aria Of Sorrow garnered top praise, but they could never escape Symphony Of The Night's shadow.

When it comes to the Metroid series, the only title more influential and beloved than Super Metroid is Metroid Prime. What makes the fifth game so special is that it was the franchise's first foray into the 3D world and shooter genre, which marked Samus' arrival in a new generation of console gaming. Unfortunately, this was arguably her peak.

The next Metroid games fell short in continuing what Metroid Prime started, and this also went for its sequels. Metroid struggled for the next few years and even suffered bombs like Metroid: Other M, which is why news of a fourth Prime made by the original developers (Retro Studios) sparked excitement and hope among older fans.

Valve is (in)famous for its perfectionist streak, and nowhere was this made clearer than in Half-Life 2. The critically acclaimed sequel came out five years after its equally revered predecessor, as developers wanted it to be as perfect as possible. The long wait was worth it, but this only led to long bouts of silence and frustration.

It's believed that Valve will only make (let alone consider) Half-Life 3 when gaming technology is cutting edge, leading to countless scrapped builds and pitches. As a result, Gordon Freeman languished in development hell for almost 20 years after Half-Life 2, while the VR-exclusive Half-Life: Alyx failed to revive interest despite its glowing reviews.

3Duke Nukem 3D Was Impossible For Its Developers To Surpass

Duke Nukem 3D wasn't just Duke's most successful game, but it was one of the most groundbreaking shooters ever made. The sequel was legendary upon release, and 3D Realms knew this all too well. Hoping to live up to astronomical expectations, the developers constantly delayed a follow-up to perfect its gameplay and hardware.

This, in turn, locked Duke Nukem Forever in development for almost 15 years. 3D Realms was eventually forced to shut down and hand Duke's rights to Gearbox Software, who finished the long-gestating game - only for it to bomb on launch. Duke Nukem 3D was so great that it arguably doomed Forever from the very start.

The success and legacy of Silent Hill 2 were something of a miracle. Not only was it a horror game that relied more on drama than overt scares, but it was an anthological sequel to a hit game with no connection to the previous story. Despite these, James Sunderland's descent into his personal hell sold incredibly well and enjoyed high praise.

Silent Hill 2 was proclaimed to be both its series and the genre's best title, and nothing after it came close. Everything from Silent Hill 3 onwards was an exercise in diminishing returns, especially after Team Silent left. With Konami abandoning game development entirely, it's even more unlikely that Silent Hill 2 will ever be surpassed.

1Spec Ops: The Line Killed Its Genre & Series To Make A Point

What makes Spec Ops: The Line special is that it's both a long-running series' tenth entry and reboot. That being said, The Line has almost nothing in common with predecessors like Rangers Lead The Way or Covert Assault. Instead of following series tradition by being a patriotic war simulator, The Line was a brutal deconstruction of such games.

Capt. Martin Walker's path of darkness was lauded as a much-needed antithesis to the political landscape of the 2010s, but it sold poorly. At most, The Line sold less than 250,000 copies, convincing publisher 2K to end Spec Ops there. Not helping matters was how the game itself encouraged players to stop playing if they wanted to end the horror.